Entryways, Walks, and Other Features

Elizabeth Park has several entrances. The Prospect Avenue entrance gate is pictured above. The other main entrance is from Asylum Avenue. Thanks to several generous donors, the Conservancy has constructed two new pedestrian entrances to Elizabeth Park. One is located on Walbridge Road, on the western edge of the Park, the other is on Fern Street, on the southern edge of the Park.

The Ethel Donahue Circle is next to the Hosta Garden, near the pond itself. Ethel Donahue (1896 - 1989) lived near the Park and left a substantial legacy to the Conservancy for the maintenance of her beloved Park. The Conservancy has created a special commemorative circle to honor her generosity, which has enabled the Park to pursue many needed improvements throughout the Park. 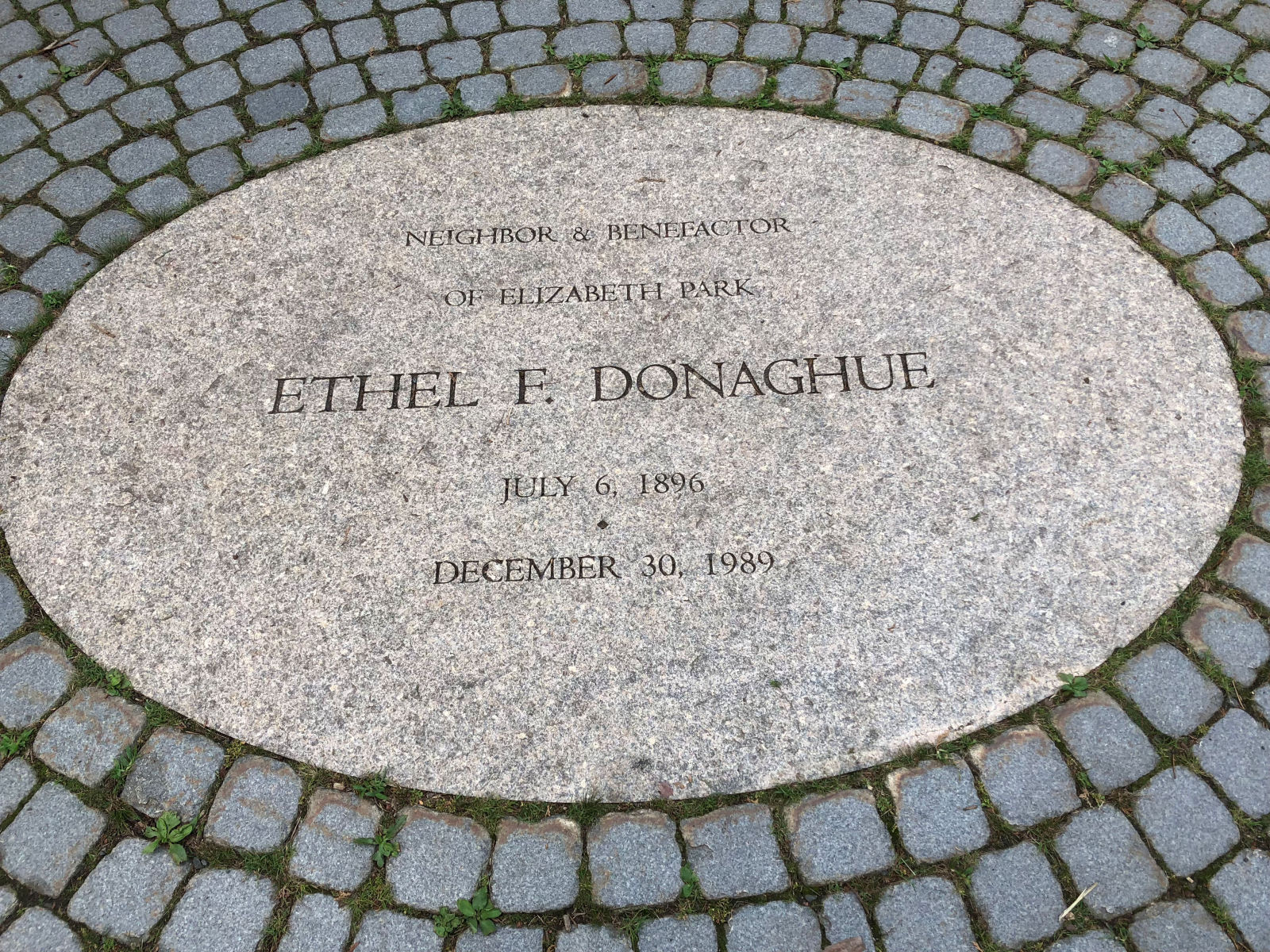